The Aussie Dollar started a fresh decline from the 0.6920 zone against the US Dollar. AUD/USD declined below the 0.6840 support to move into a bearish zone. 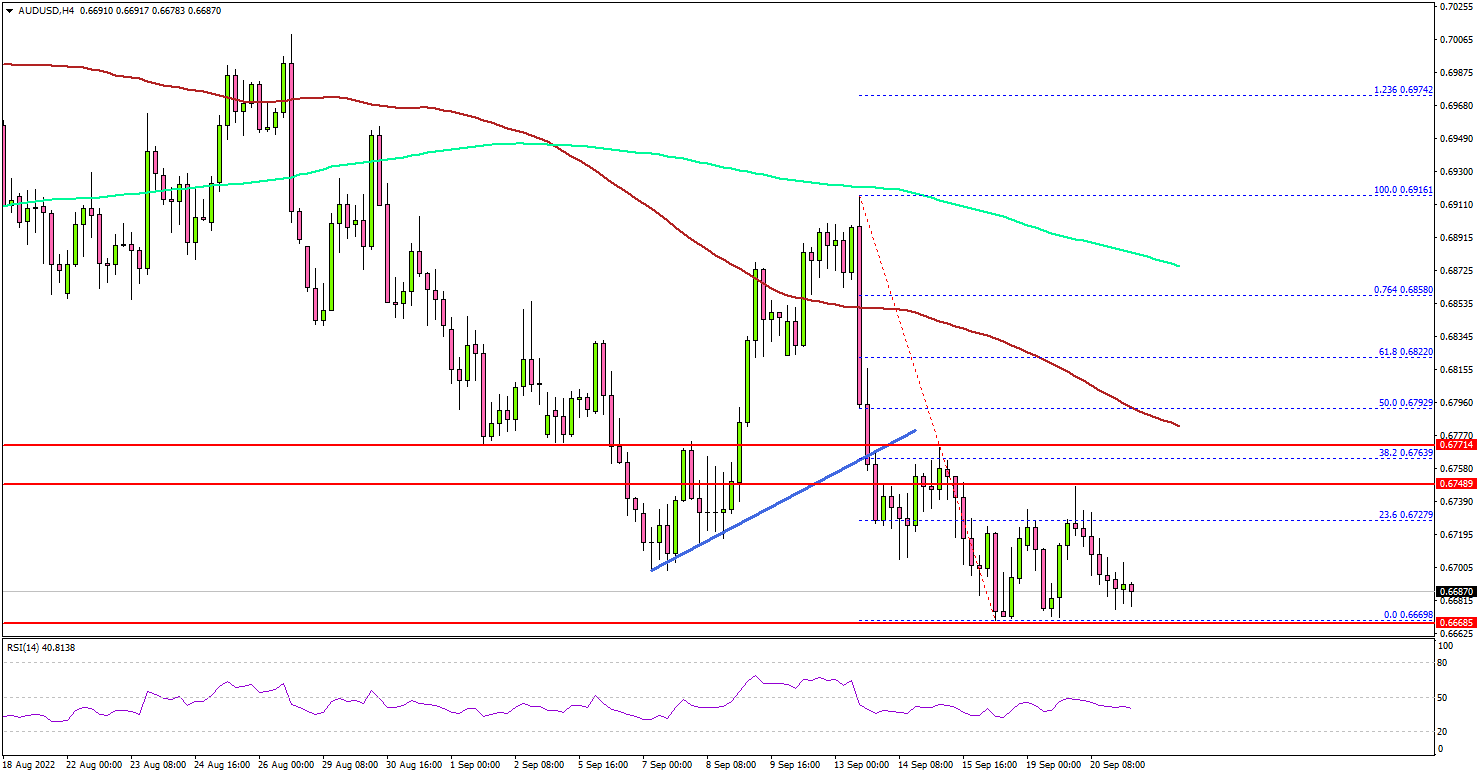 Looking at gold price, the price is facing an increase in selling interest and there is a risk of a move below the $1,650 support zone.