The Aussie Dollar formed a base above the 0.7300 zone against the US Dollar. AUD/USD started a decent increase and it broke the key 0.7350 resistance. 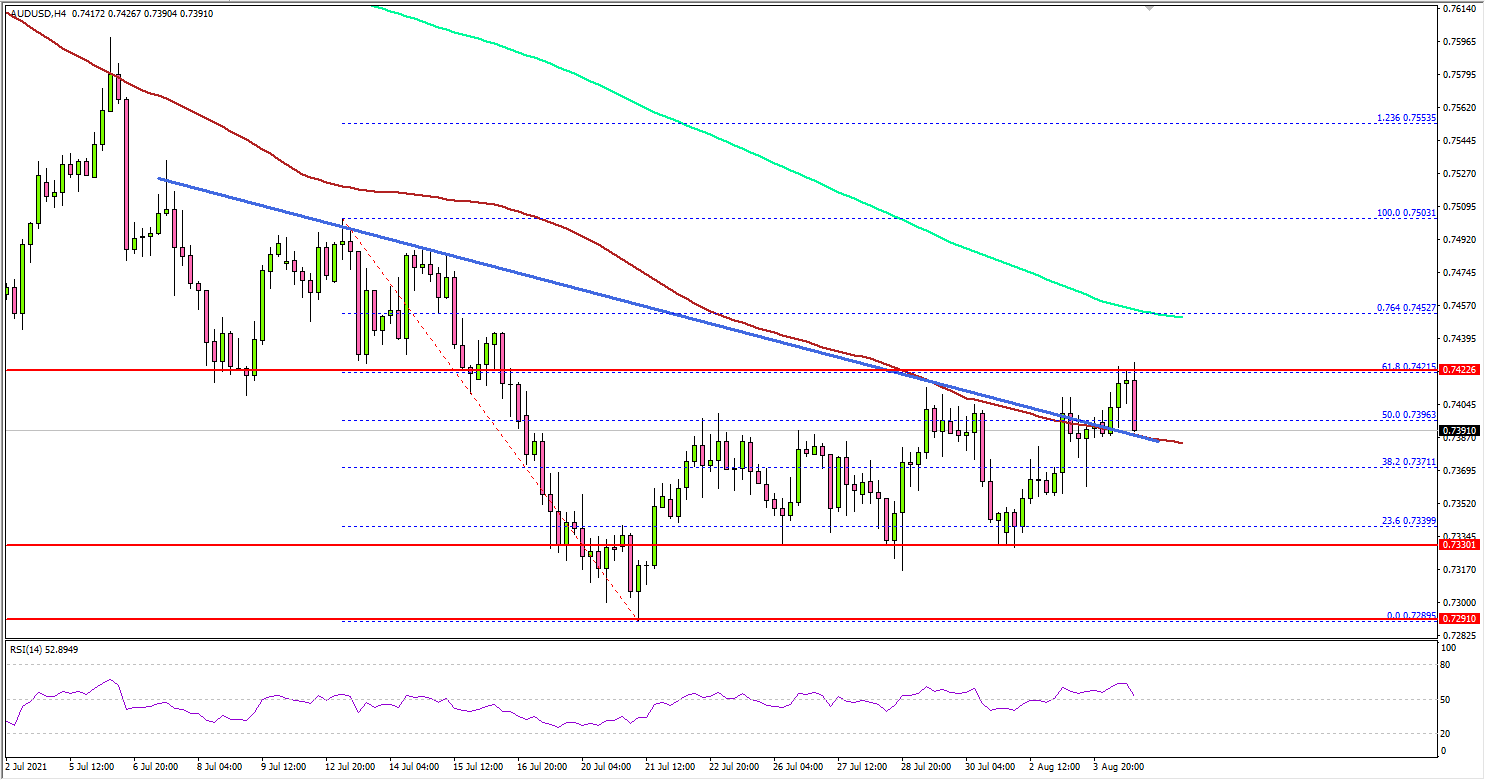 Fundamentally, the US ISM Non-Manufacturing Index for July 2021 was released yesterday by the Institute for Supply Management (ISM). The market was looking for an increase from 60.1 to 60.4.

The actual result was better than the forecast, as the US ISM Non-Manufacturing Index increased to 64.1, which indicates the 14th straight month of growth for the services sector.

Looking at EUR/USD, the pair spiked higher, but it failed to surpass 1.1900. Besides, GBP/USD may soon attempt an upside break above the 1.4000 resistance zone.