The USDCHF pair recently traded towards 1.0218 where it found sellers and started a minor downtrend. In the process, the pair broke an important support area in the form of a couple of a bullish trend lines formed on the hourly chart. The stated break was crucial, but the good thing was the fact that the pair found support near the 100 hourly simple moving average that prevented losses. 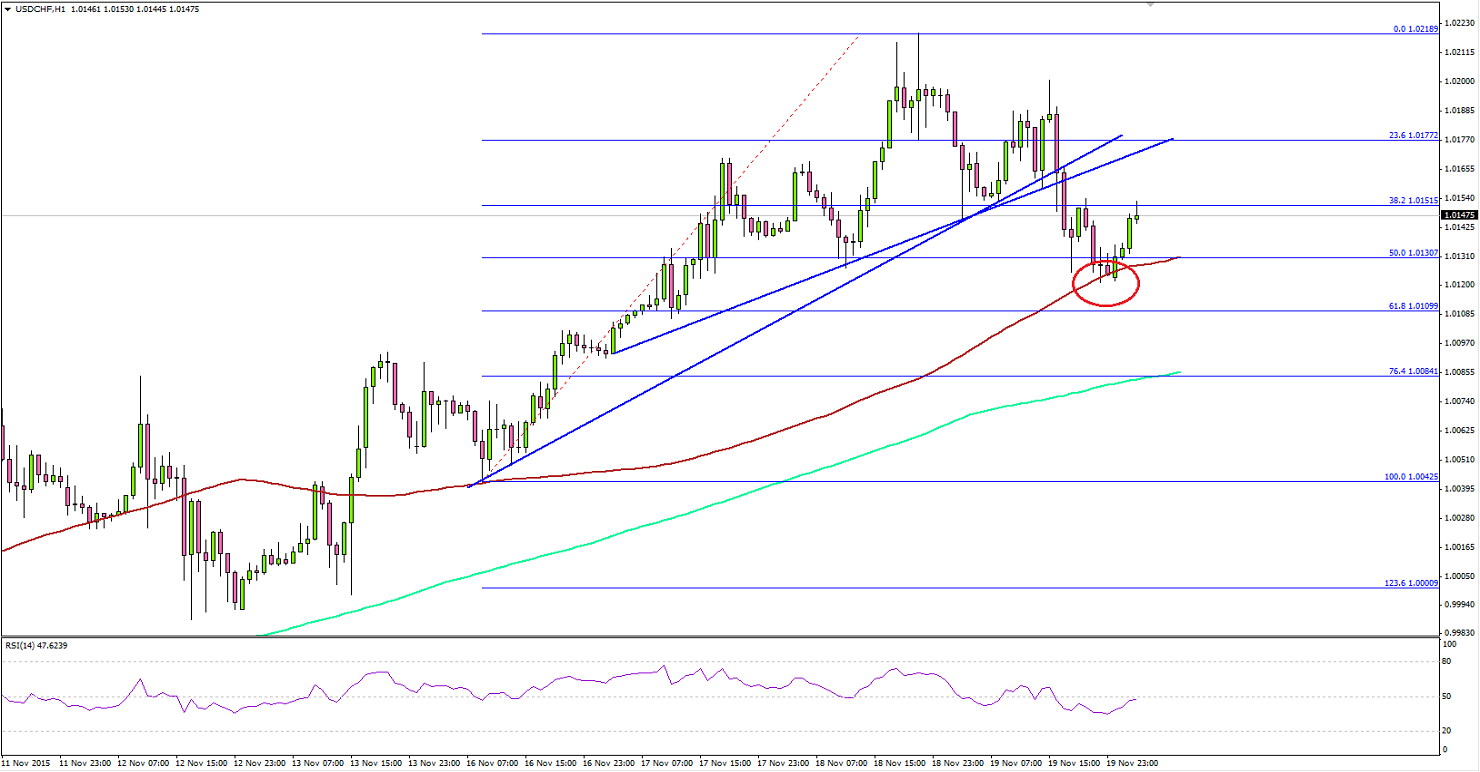 The pair is currently moving back higher, but it may face barriers around the broken trend line and support area. So, it would be interesting to see how the pair trades in the near term.On the downside, as long as the pair is above the 100 MA it remains supported. A break below it could encourage sellers to take it further lower.

Today, there is a major release in Canada, as the Consumer Price Index (CPI), which is a measure of price movements by the comparison between the retail prices of a representative shopping basket of goods and services will be released by the Statistics Canada. The forecast is slated for an increase of 0.1% in October 2015, compared with the preceding month. And, when it comes to the year-over-year (YoY) change, the market is expecting an increase of 1% in the CPI.Let us see how the outcome shapes up, as it may impact as lot the Canadian dollar and the risk sentiment. There are no major releases in the US today, but in the Euro Zone, the European Central Bank's president Mario Draghi will be delivering a speech. We may witness some volatility around the mentioned event.