This past week, the Euro made another attempt to recover above 1.0900 against the US Dollar, but it failed. EUR/USD traded as high as 1.0896 before it started a fresh decline. 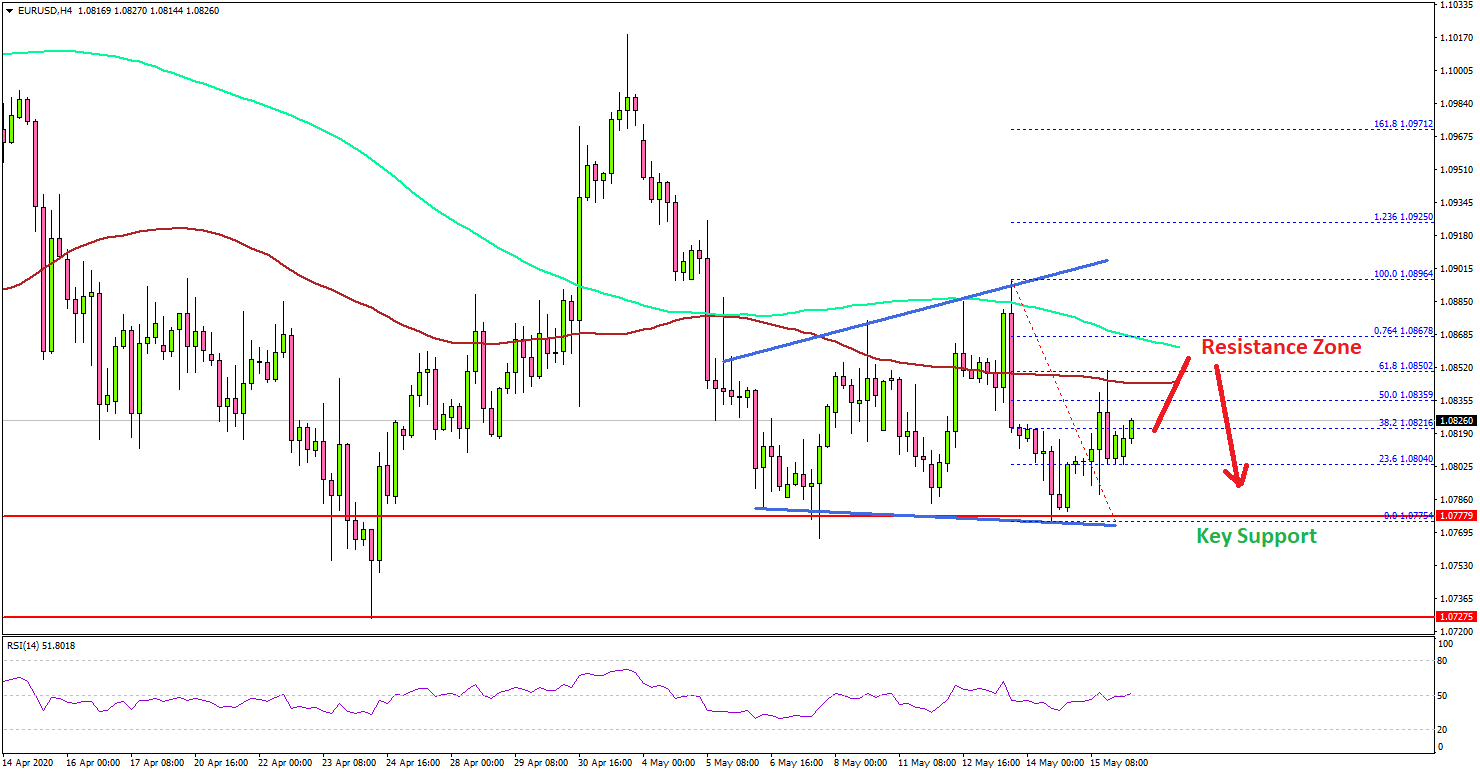 Looking at the 4-hours chart, the pair is facing many important resistances near the 1.0900 level. It traded below the 1.0850 support and settled below the 200 simple moving average (green, 4-hours).

The decline was such that the pair even broke the 100 simple moving average (red, 4-hours) and tested the 1.0780 support zone. Later, there was an upside correction above 1.0800.

Fundamentally, the Euro Area Gross Domestic Product report for Q1 2020 (prelim) was released this past Friday by the Eurostat. The market was looking for a 3.8% decline in the GDP compared with the previous quarter.

These were the sharpest declines observed since time series started in 1995. In March 2020, the final month of the period covered, COVID-19 containment measures began to be widely introduced by Member States.

Overall, EUR/USD must stay above 1.0780 and 1.0750 to start a substantial recovery in the near term. Looking at GBP/USD, the pair declined heavily below the 1.2200 support area.