This past week, the Euro extended its decline below the 1.1850 support against the US Dollar. EUR/USD even broke the 1.1800 level to move further into a bearish zone. 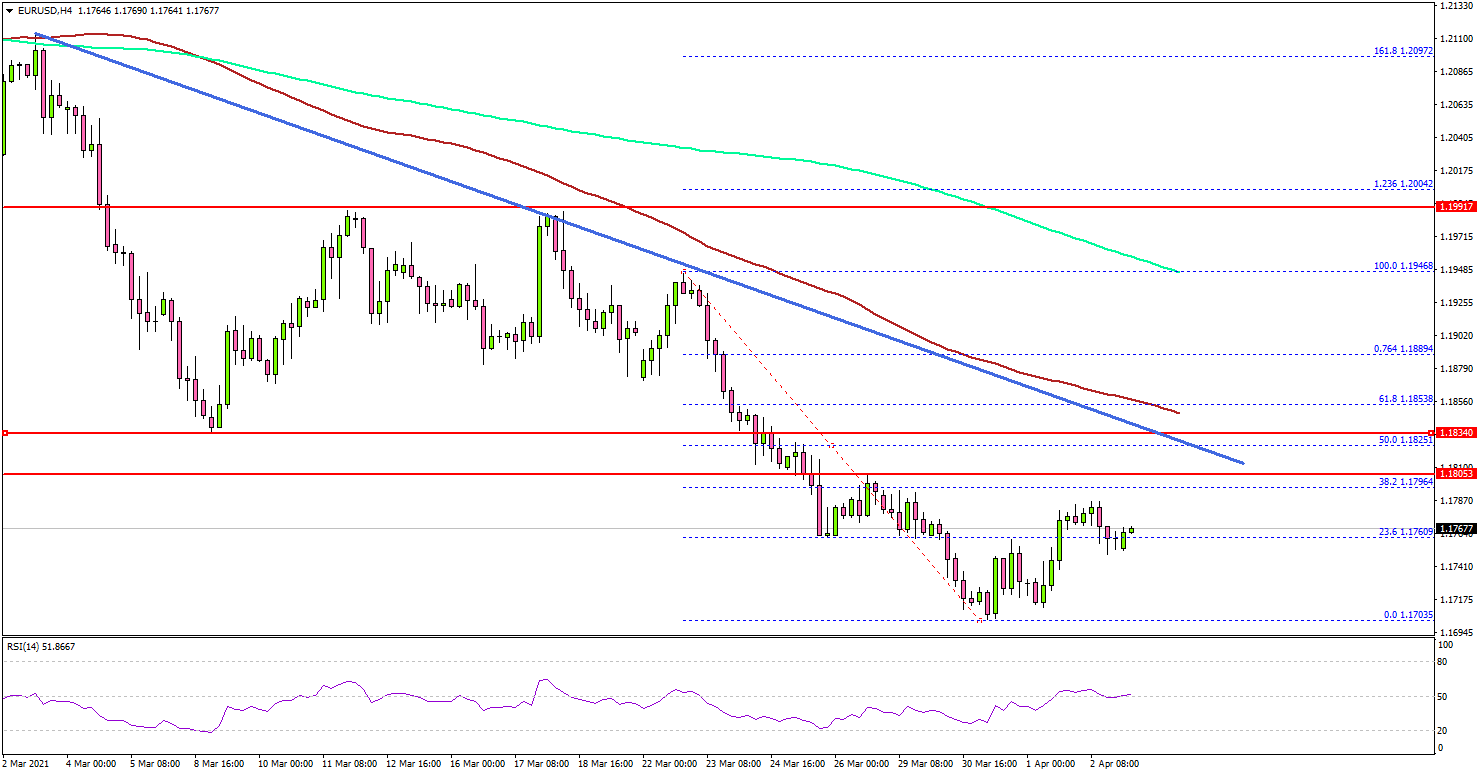 However, the pair is still trading well below the 1.1800 and 1.1850 resistance levels. There is also a key bearish trend line forming with resistance near 1.1825 on the same chart. The trend line is close to the 50% Fib retracement level of the downward move from the 1.1946 swing high to 1.1704 low.

Fundamentally, the US nonfarm payrolls report for March 2021 was released this past Friday by the US Bureau of Labor Statistics. The market was looking for an increase of 916K.

The actual result was better than the forecast, as the US nonfarm payrolls increased 916K. The last reading was also revised up from 379K to 468K. The unemployment rate also declined from 6.2% to 6%.

The number of unemployed persons, at 9.7 million, continued to trend down in March but is 4.0 million higher than in February 2020.