After struggling to surpass the 1.2100 resistance, the Euro reacted to the downside against the US Dollar. EUR/USD broke many supports near 1.2000 to move into a bearish zone. 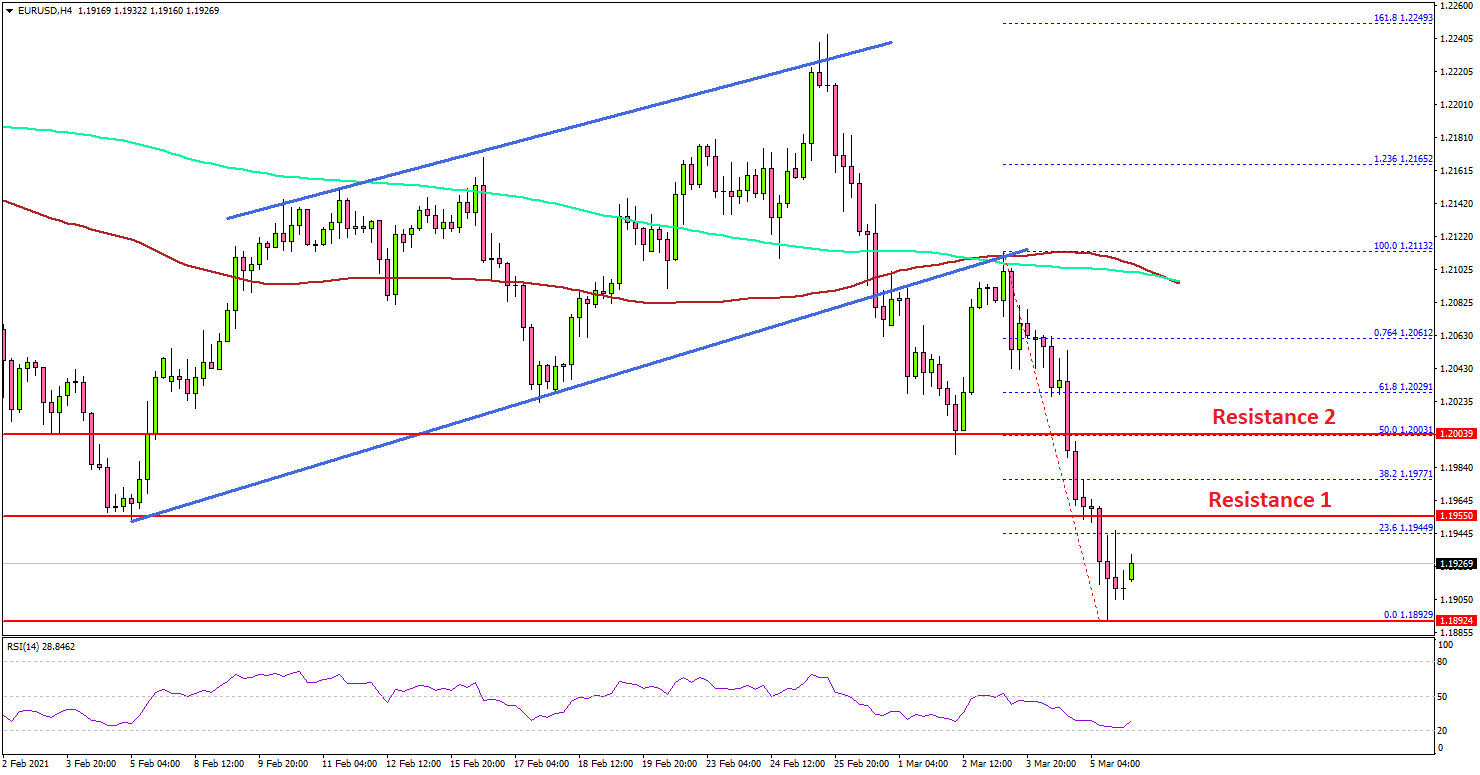 The pair even broke the 1.1955 support zone and traded towards 1.1900. It is currently consolidating losses, with an immediate resistance at 1.1940.

On the downside, an immediate support is near the 1.1880. Any more losses could lead EUR/USD towards the 1.1840 support zone.

Fundamentally, the US nonfarm payrolls report for Feb 2021 was released on this past Friday by the US Bureau of Labor Statistics. The market was looking for an increase of 182K.

The actual result was much better than the market forecast, as total nonfarm payroll employment rose by 379K in February 2021. The unemployment rate also dipped from 6.3% to 6.2%.