The British Pound found support near 1.1845 against the US Dollar. GBP/USD started a fresh increase and cleared a major hurdle near 1.2000. 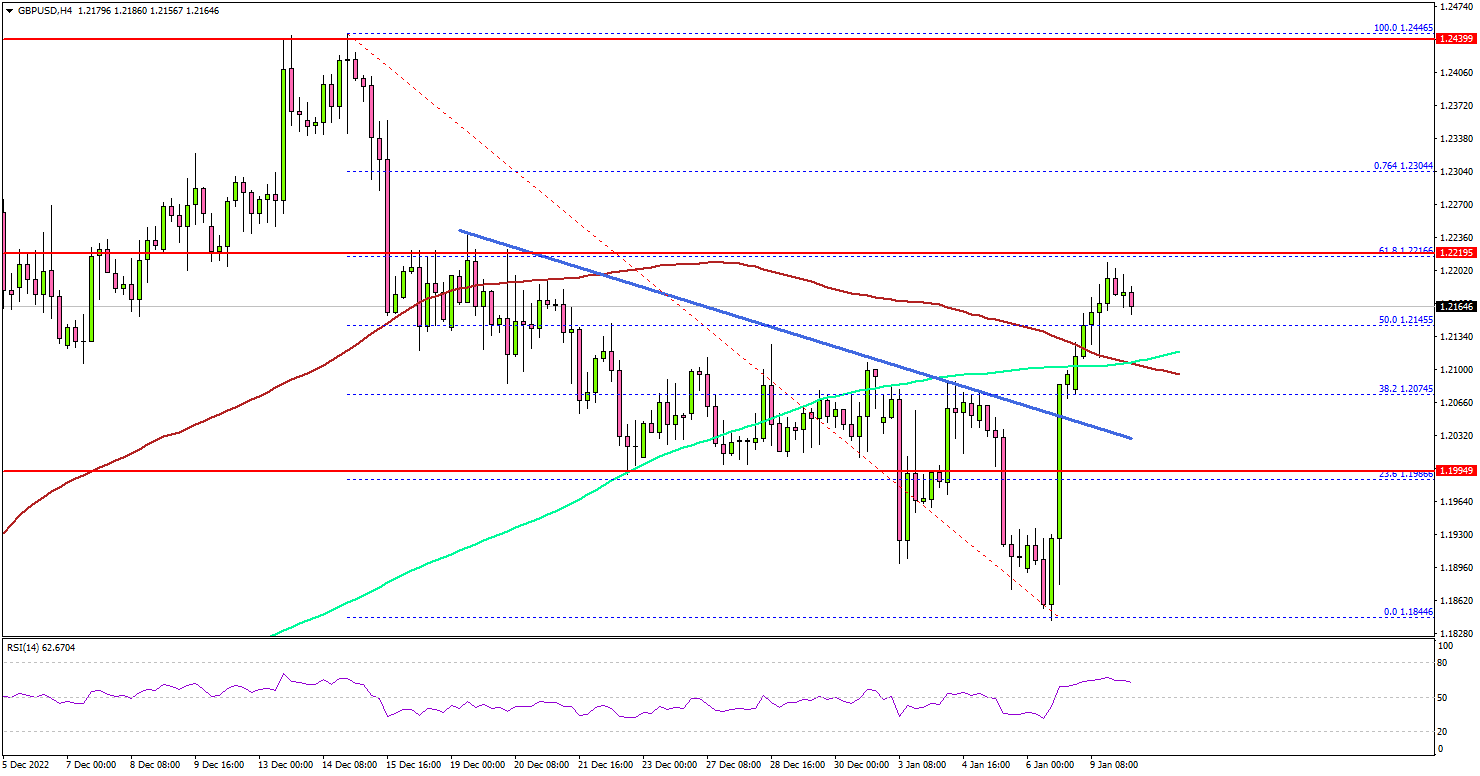 Looking at the 4-hours chart, the pair was able to settle above the 1.2000 resistance. There was a clear move above a major bearish trend line with resistance near 1.2050.

The next major support sits near the 1.1955 level. Any more losses might open the doors for a move towards the 1.1850 support zone.

Looking at EUR/USD, the pair is showing positive signs and might soon attempt a move above the 1.1800 resistance zone in the coming sessions.