The New Zealand Dollar formed a base above the 0.6250 level against the US Dollar. NZD/USD remained in a positive zone and climbed above the 0.6300 resistance. 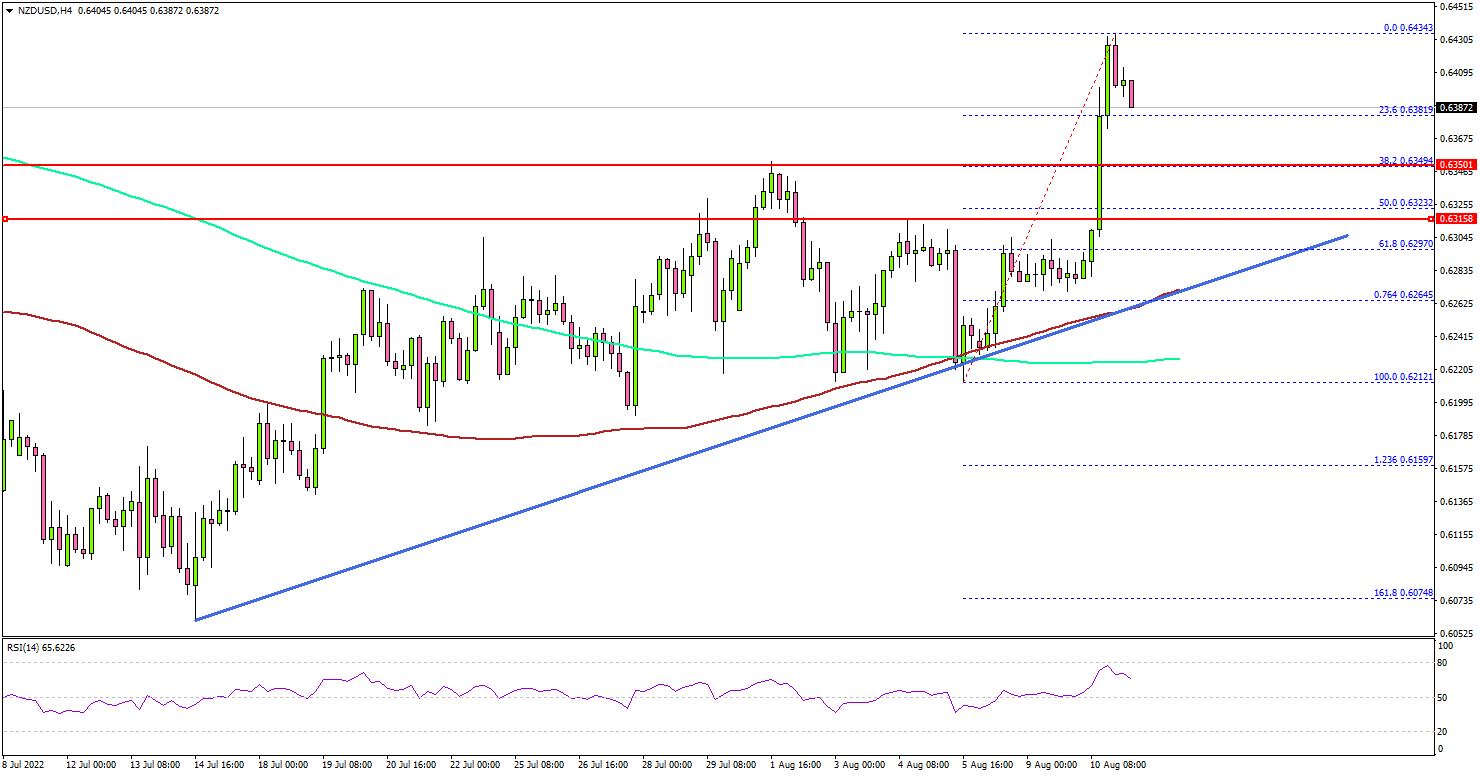 The main support is now forming near the 0.6320 level. Besides, there is a connecting bullish trend line forming with support near 0.6300 on the same chart. A downside break below the 0.6300 support might spark more losses.

Looking at EUR/USD, the pair broke the 1.0280 resistance and seems like there could be more upsides in the coming sessions.