After a strong decline, the New Zealand Dollar found support near 0.7110 against the US Dollar. NZD/USD started a fresh increase and it climbed above the 0.7150 resistance. 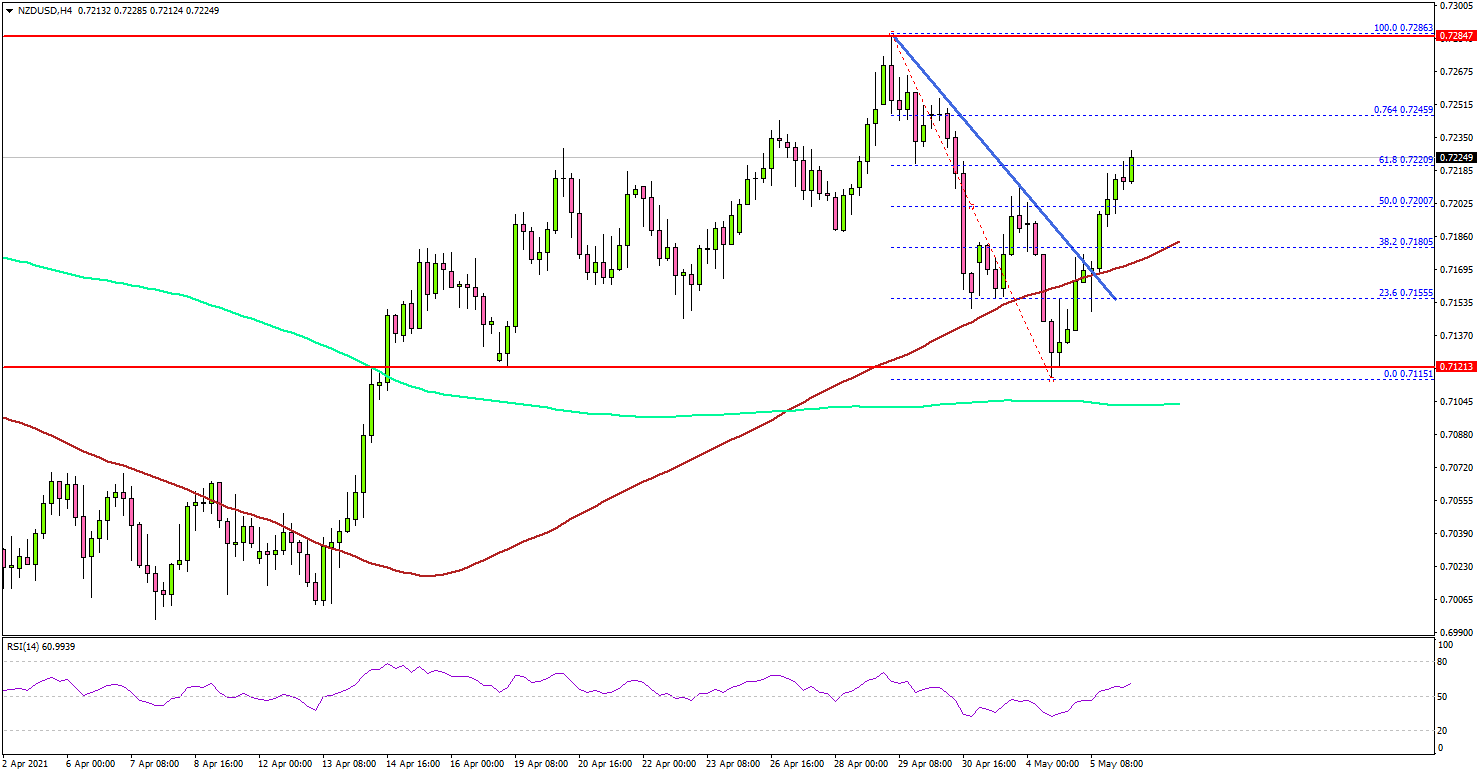 Looking at the 4-hours chart, the pair started a decent upward move from the 0.7115 swing low and the 200 simple moving average (green, 4-hours). There was a break above a major bearish trend line with resistance near 0.7175.

Fundamentally, the New Zealand Unemployment rate for Q1 2021 was released yesterday by the Statistics New Zealand. The market was looking for no change from 4.9%.

Overall, NZD/USD could gain pace if it clears the 0.7245 resistance zone. Looking at EUR/USD, the pair could decline heavily if there is a close below 1.2000.