This past week, the US Dollar extended its rise above the 0.9700 resistance against the Swiss Franc. However, USD/CHF failed to clear the 0.9780-0.9800 resistance and recently started a fresh decrease. 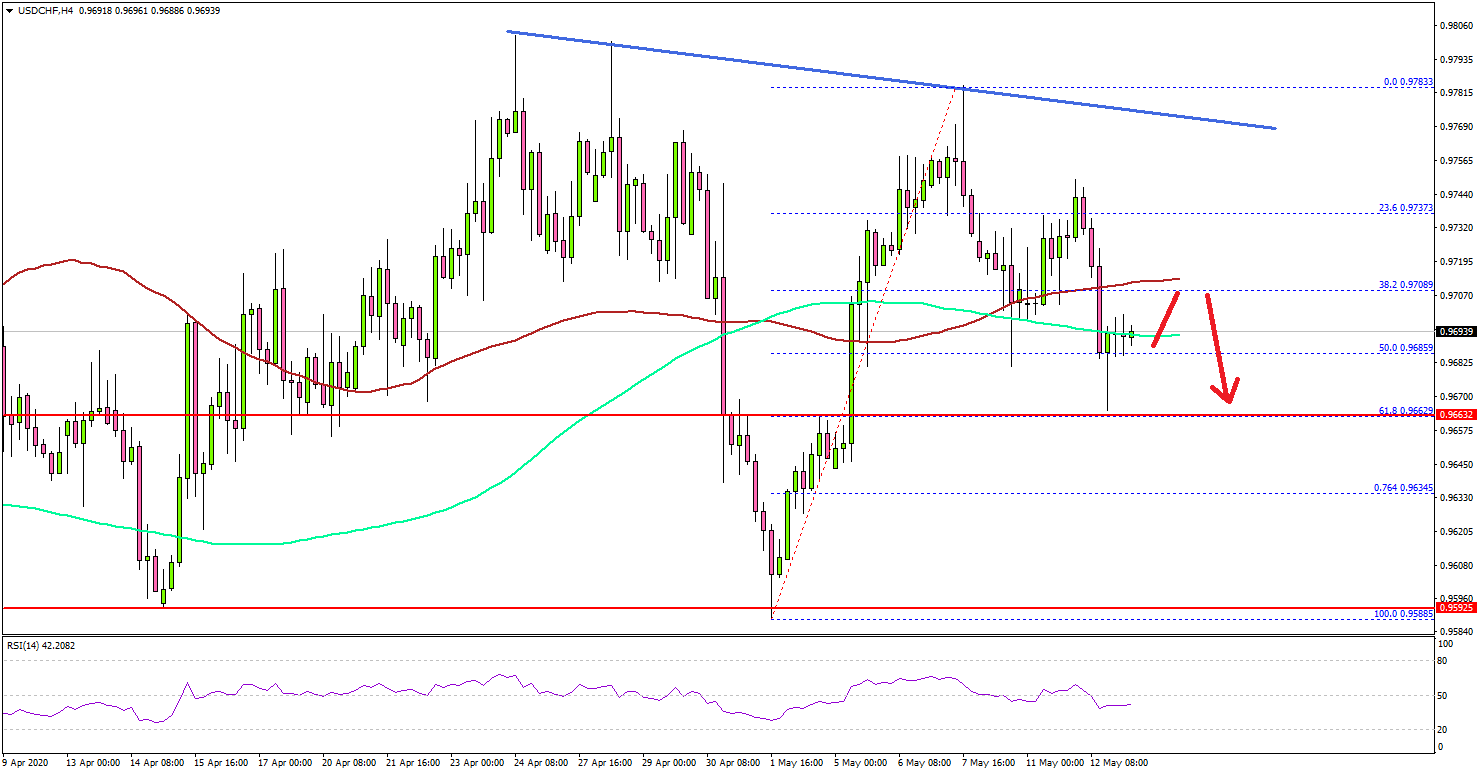 Conversely, USD/CHF could again rise above the 0.9750 level. However, there are many hurdles forming near the 0.9780 and 0.9800 levels. There is also a major bearish trend line forming with resistance near 0.9770.

Therefore, a successful close above the 0.9800 resistance zone is needed for upside continuation towards the 0.9880 and 0.9920 resistance levels in the coming sessions.

Fundamentally, the US Consumer Price Index for April 2020 was released by the US Bureau of Labor Statistics. The market was looking for a 0.8% decline in the CPI compared with the previous month. 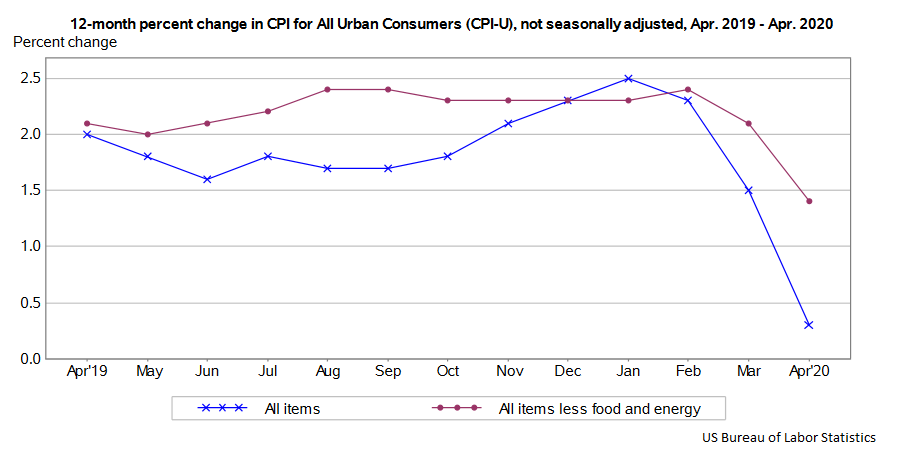 The index for all items less food and energy fell 0.4 percent in April, the largest monthly decline in the history of the series, which dates to 1957.

Overall, USD/CHF remains at a risk of more losses as long as it is below 0.9800. Looking at EUR/USD, the pair still need to clear the 1.0900 resistance to move into a positive zone.