After a downside break below $100, crude oil price extended losses against the US Dollar. The price tested the $90 zone before it started a fresh increase. 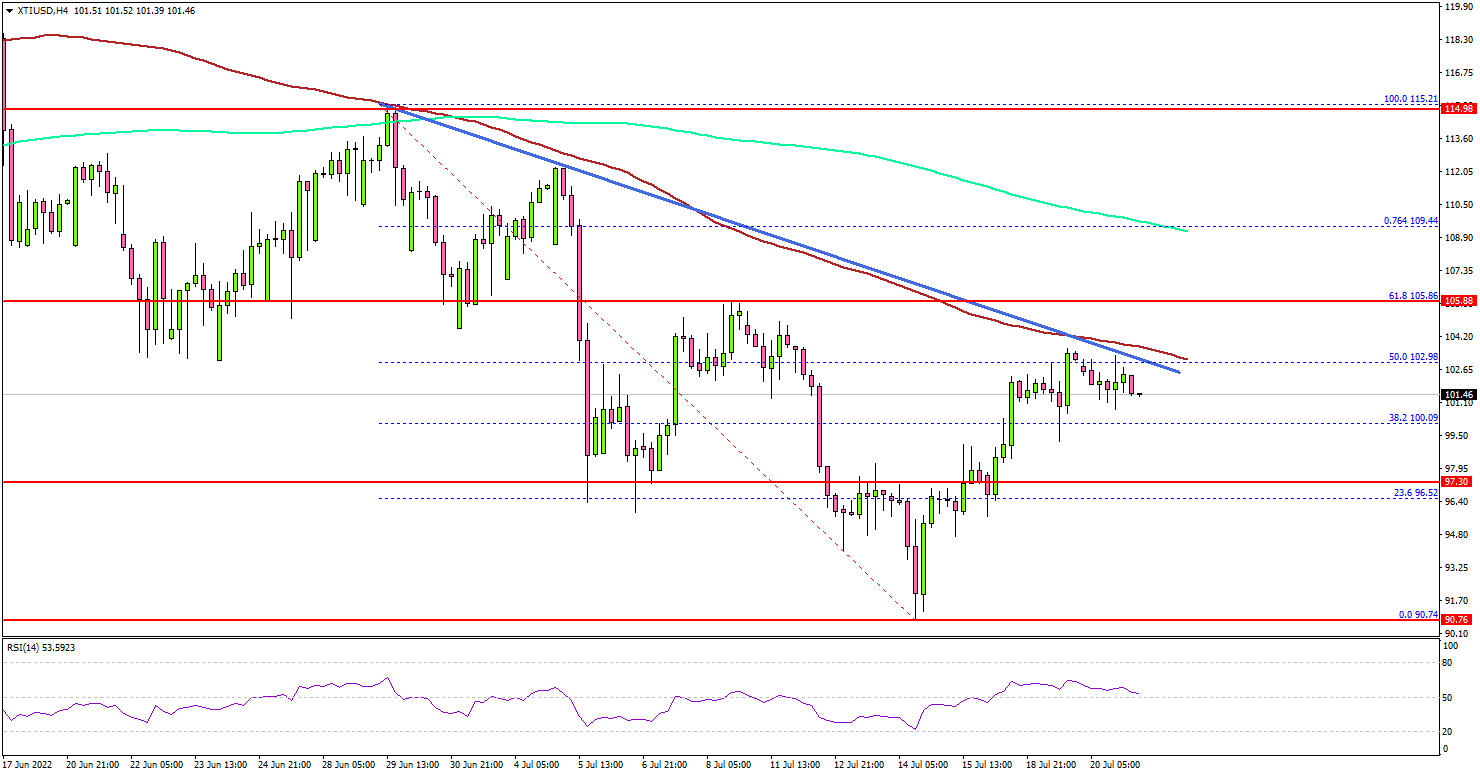 There is also a major bearish trend line forming with resistance near $103 on the same chart. A clear move above the trend line resistance could set the pace for a larger increase towards $105. The next major resistance is near $108, above which the price could accelerate higher towards the $110 zone.

Looking at the EUR/USD pair, the pair climbed above the 1.0200 resistance but the bears appeared near the 1.0280 zone.