The New Zealand Dollar started a major decline from well above 0.6800 against the US Dollar. NZD/USD broke the 0.6650 support to enter a bearish zone. 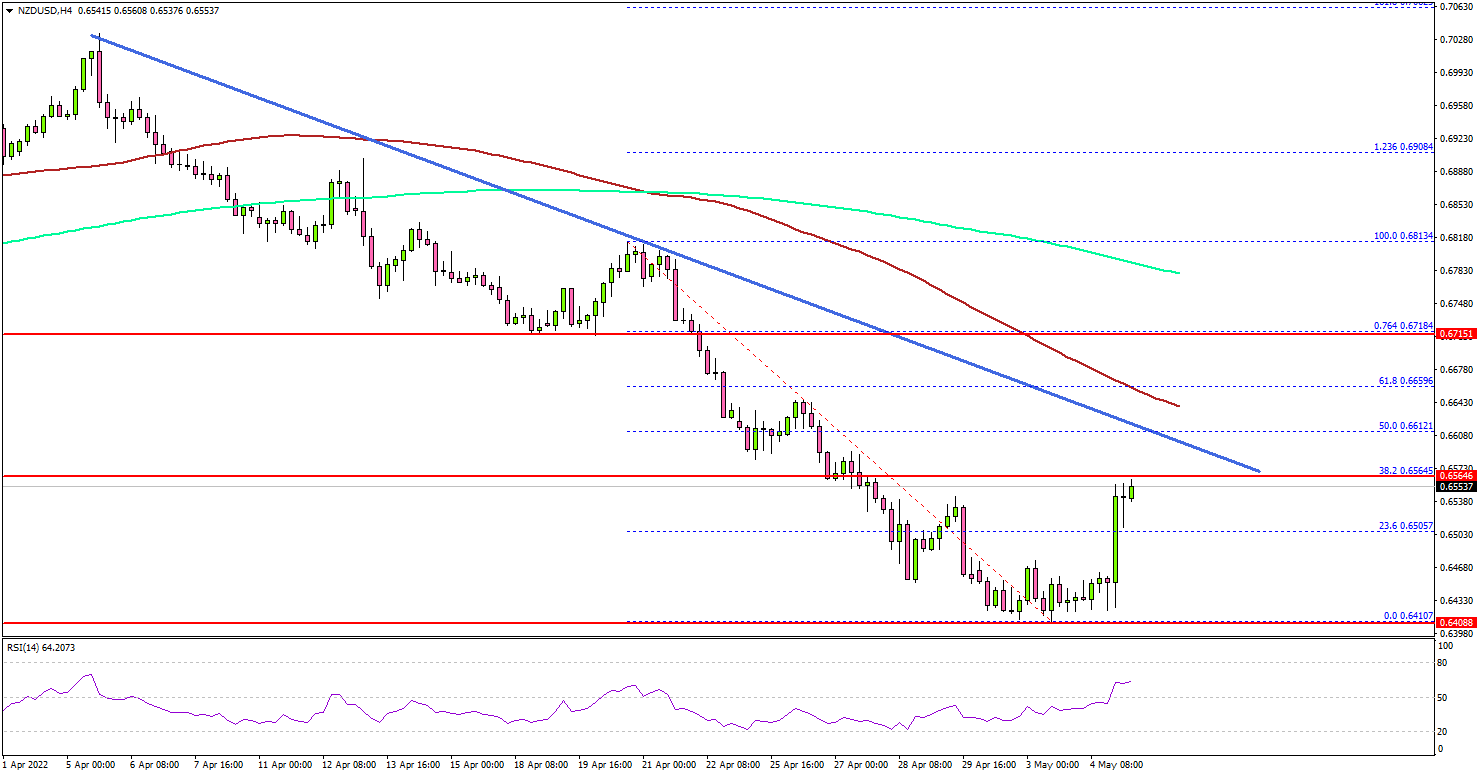 The pair traded as low as 0.6410 and recently started a consolidation phase. On the upside, an initial resistance is forming near the 0.6560 level.

If there is an upside break above the trend line, the pair could test the 50% Fib retracement level of the main decline from the 0.6813 swing high to 0.6410 low.

Fundamentally, the US ADP Employment Change report for April 2022 was released yesterday by the Automatic Data Processing, Inc. The market was looking for an increase of 395K jobs.

The actual result was lower than the market forecast, as the private sector employment increased by 247,000 jobs from March to April 2022.

Looking at EUR/USD, the pair is recovering above the 1.0600 level. Similarly, GBP/USD was able to climb above the 1.2600 resistance.