This past week, the US Dollar extended its decline below 0.9100 against the Swiss Franc. However, USD/CHF found strong support near 0.9000, resulting in a fresh increase. 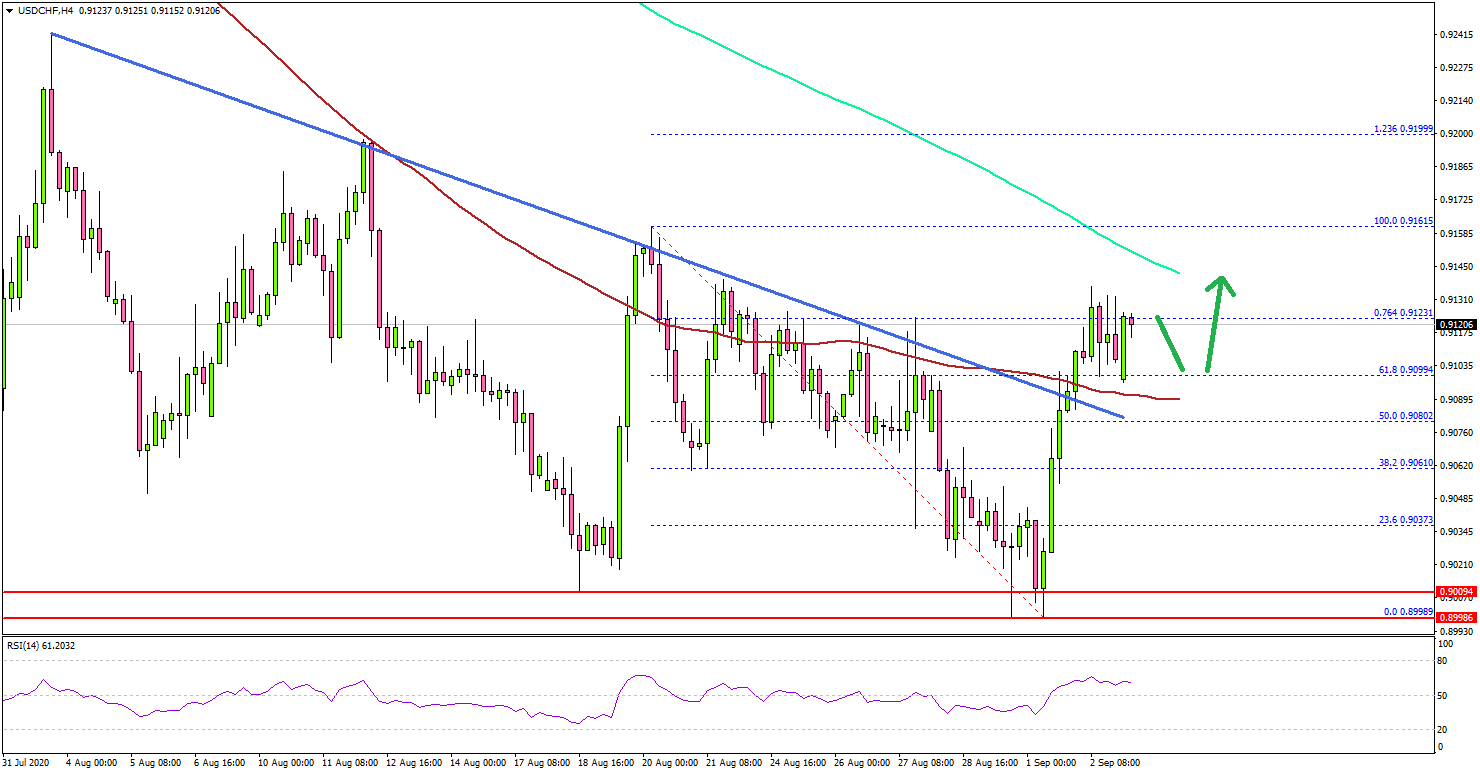 Moreover, there was a break above a crucial bearish trend line at 0.9090. The pair surpassed the 0.9100 resistance and the 100 simple moving average (red, 4-hours).

However, the pair is likely to face a strong resistance near the 0.9150 level and the 200 simple moving average (green, 4-hours), above which it could revisit the 0.9200 zone. If it fails to continue higher, there are chances of a fresh dip towards 0.9020.

Fundamentally, the US ADP Employment Change figure for August 2020 was released yesterday by the Automatic Data Processing, Inc. The market was looking for an increase of 950K.

The actual result was disappointing, as private sector employment increased by 428K. jobs from July to August according to the August 2020.