Earlier this month, the US Dollar traded to a new two-month low at 105.98 against the Japanese Yen. USD/JPY started an upside correction above 107.00, but it is facing a lot of hurdles on the upside. 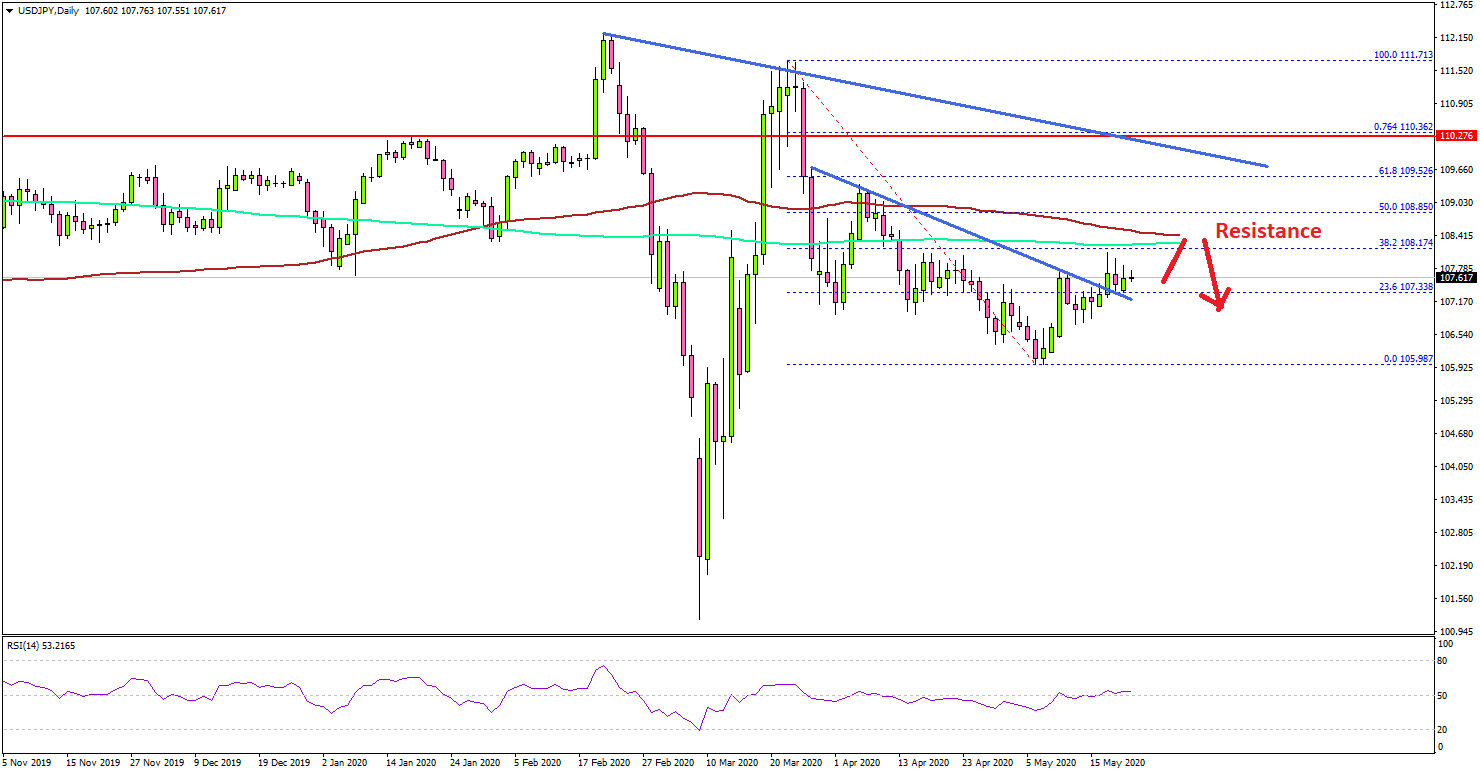 Looking at the daily chart, the pair was able to clear a connecting bearish trend line at 107.35. It opened the doors for more gains and the pair surpassed the 107.50 resistance.

Conversely, USD/JPY might fail to continue higher and it could resume its decline. The first key support is near the 107.000 zone, below which the pair is likely to revisit 106.00 or 105.50.

Fundamentally, the US Initial Jobless Claims figure for the week ending May 16, 2020 was released by the released by the US Department of Labor. The market was looking for a decline in claims from 2981K to 2400K.

The result was mostly better than the forecast, as the US Initial Jobless claims declined to 2438K. Besides, the last reading was revised down from 2981K to 2687K.